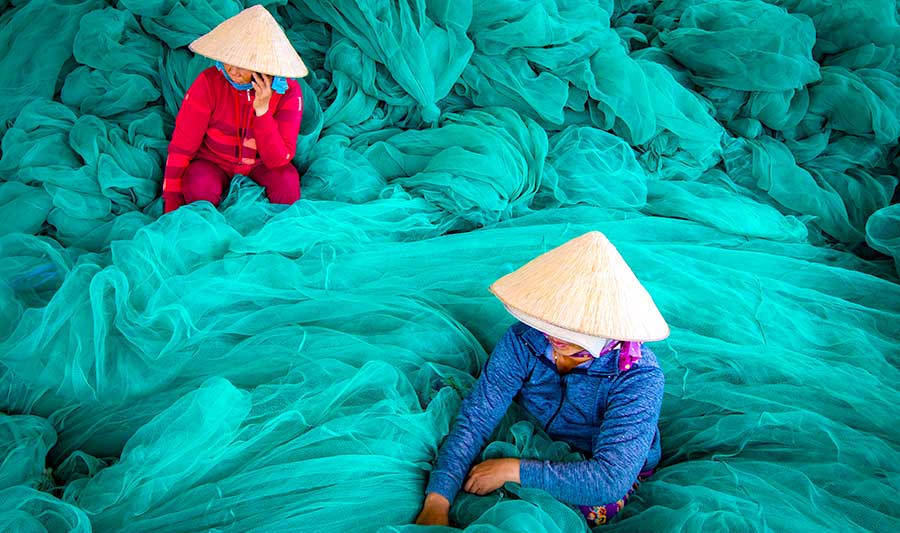 Home R&P Magazine EU-Vietnam: all the opportunities delivered by the Free Trade Agreement

The EU-Vietnam Free Trade Agreement, described by many as “the most modern and ambitious agreement ever concluded between the EU and a developing country”, won the support of the European Parliament on Wednesday 12 February, after six years of negotiations. MEPs gave their consent by 401 votes, 192 votes against and 40 abstentions, disproving sceptics who were predicting a slowdown due to Brexit.
The deal is considered ambitious because it commits Vietnam to make special efforts in the fields of human and labour rights, as well as to ensure compliance with a high environmental and social standard in general, in line with European regulations. EVFTA (Europe Vietnam Free Trade Agreement) commits Vietnam to apply the Paris Agreement and to ratify two bills, one on the abolition of forced labour, the other on freedom of association, by 2020 and 2023 respectively, as requested by Parliament. Finally, the agreement provides for suspension in the event of human rights violations.
EVFTA is looked at closely in both the West and the East, because it could serve as a model for further future trade agreements between the EU and other Asian developing countries, especially in the South East of the continent. The agreement is also seen by opinion leaders as a strong message from MEPs showing their support to free, fair and reciprocal trade at a time when trade tensions, protectionism and nationalism are on the rise.

The main points of the Eu-Vietnam Agreement

EVFTA consists of two aspects: the commercial one, approved by the European Parliament; and the one related to investments, which has to be approved by the individual member countries. The trade agreement, which will enter into force from July 2020, offers EU companies competitive advantages by eliminating all customs duties between the two parties over a period of 10 years for Vietnam and 7 years for EU countries.
Sectors such as automotive, machinery, leather goods, spirits and furniture, which have so far been heavily penalised by customs duties, will be able to enter the Vietnamese market at sustainable tariffs. The agreement also safeguards European geographical indications on 169 products, including Champagne, Rioja and Parmesan. Metalworking or chemical products will be duty free as soon as the agreement enters into force, while the process will be gradual for the other product categories. The agreement extends to services such as banking, shipping and postal services, to which EU companies will have simplified access. Companies will also be able to participate in public tenders launched by the Vietnamese government and several cities, including Hanoi.
EU’s main imports from Vietnam include telecommunications equipment, clothing and food and wood products, while the EU exports mainly goods such as machinery and transport equipment, chemicals, agricultural products and pharmaceuticals to Vietnam.

Vietnam is the EU’s second largest trading partner in ASEAN (Association of South-East Asian Nations) after Singapore, with trade in goods worth €47.6 billion per year and €3.6 billion in services. EU exports to the country are growing by 5-7% per year. Bilateral trade between the EU and Vietnam has increased fivefold in the last ten years and this agreement could be an additional launch pad both for European companies, hitherto penalised by tariffs, and for Vietnam, which could potentially reach €15 billion per year in additional exports to the EU by 2035.

Differing opinions about EVFTA and the letter written by NGOs

The EU-Vietnam agreement has been a source of heated debate among MEPs. On the one hand, supporters consider the agreement as an instrument to protect the environment and support social progress in Vietnam, since it commits the Country to implement the Paris Agreement and to improve the country’s environmental and social standards in general. On the other hand, the sceptics doubt that Vietnam will comply with the conditions imposed by EVFTA.
The EU Parliament’s rapporteur Geert Bourgeois , a strong supporter of the agreement, said that “EVFTA presents a unique opportunity to further the EU’s goal to become a geopolitical player that defends multilateral trade, rejects protectionism and raises labour, environmental and human rights standards worldwide”. In line with Bourgeois, chair of the EU Parliament trade committee, Bernd Lange, also said: “History shows that isolation does not change a country. That is why Parliament voted in favour of this trade agreement with Vietnam. With it, we strengthen the role of the EU in Vietnam and the region, ensuring that our voice has more weight than before. This is particularly important on issues on which we disagree, such as the role of the free press or political freedom. We also extend the room for manoeuvre of civil society”.
The French MEP Emmanuel Maurel expressed scepticism about Vietnam’s ability to fulfil its promise. Maurel criticized the trade agreement because it does not benefit the average citizen, nor the Vietnamese workers, but only a small part of companies, that will find it easier to work abroad. In complete disagreement with the optimism expressed by some of his colleagues and the Commission about the positive impact of the agreement, Maurel criticised them as follows: ‘you are either extremely naive or extremely hypocritical on human rights’. Similarly, Green MEP Saskia Bricmont said she was particularly concerned about the environmental and social aspects of EVFTA: ‘We must note that the Green Agreement and human rights will not be respected by this House’.
Human rights organizations and some political groups were calling to postpone the approval until Vietnam further improves human rights and labour conditions. A group of 28 NGOs sent a letter to MEPs on 4 February asking for a postponement of their consent “until the Vietnamese government agrees to meet concrete and verifiable benchmarks to protect workers’ rights and human rights”. According to Human Rights Watch, “Vietnam did little to improve its abysmal human rights record in 2019 and continues to restrict all basic civil and political rights by prohibiting protests”.

Coronavirus: between epidemic and infodemic, how to manage the emergency inside the company

The 7 key variables for a successful path of internationalization

Hard times for Made In Italy on the US Market due to the increase in duties, fakes and Italian sounding.

You will receive monthly updates and news about our activities.

Any cookies that may not be particularly necessary for the website to function and is used specifically to collect user personal data via analytics, ads, other embedded contents are termed as non-necessary cookies. It is mandatory to procure user consent prior to running these cookies on your website.