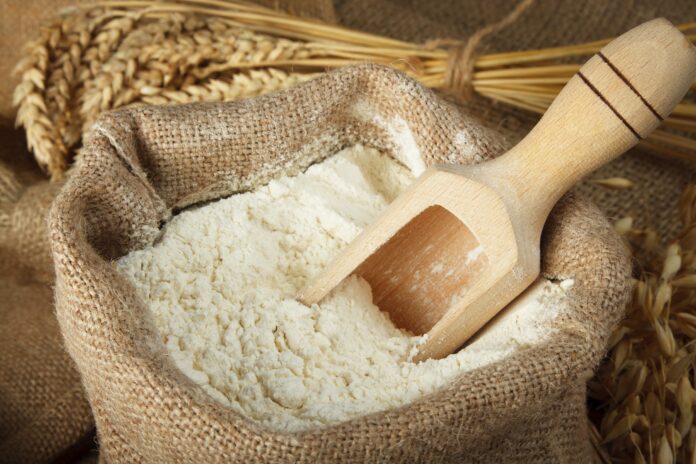 This has been established by a study by Italian researchers from the Universities of Florence and Siena, the Tuscan Soprintendenza all’archeologia and the Italian Institute of Prehistory and Protohistory, which found that the inhabitants of the site of Grotta Paglicci, in the Gargano, produced flour as early as 32,000 years ago, in the Upper Paleolithic, by grinding grains of wild oats.

The sophisticated processing technique adopted indicates that thousands of years before the advent of agriculture, the consumption of this grain played an important role in the survival strategies of that population.
From the Latin “far,” meaning spelt, the history of flour originates from the milling of many dry grains, fruits or seeds. The most common and well-known is wheat flour.

Wheat or wheat has accompanied the evolution of our civilization. It is among the first plants cultivated by man after the transition from the nomadic to the settled state. Since then there are loads of historical records of the use of flour, starting with the Egyptians who used the first clay ovens, and ending with the Romans, who, once they conquered the Greeks, acquired the knowledge of leavened bread.

It was the Romans, who lived in a very fertile land where they cultivated different kinds of grains, who gave rise to the name “flour.” 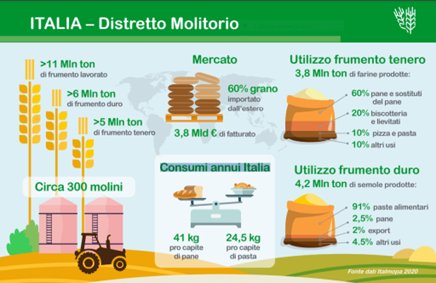 The Italian milling industry, on the other hand, annually processes more than 11 million tons of wheat, whether soft or hard, for the production of flour and semolina destined for symbol products of “made in Italy.”

With a total production in 2019 of about 7.8 million tons of flour and semolina of various types (+1.5% compared to 2018), the industry ranks at the top in Europe, preceding Germany and France.

There are about 100 durum wheat plants actually operating in Italy, while there are around 190 mills in the soft wheat sector with a capacity of more than 10 tons in 24 hours.

Among those, Molini Certosa, an expert in this world and accompanied by Roncucci&Partners in its Business Development abroad, offers its industry testimony:

“In 1889, Molini Certosa was born from the union of four mills. In Certosa di Pavia, where a medieval mill already stood, the headquarters were established and a new plant built. Since then the architecture of the building has remained largely unchanged and today it is counted among the buildings of industrial historical interest. The technological installations, on the other hand, have been constantly updated over the years and place the company at the forefront of the national milling industry.

Flour is an essential commodity in human history. Molini Certosa’s mission is to bring the ancient art of milling to the present day with the skill, dedication, passion and love for the product that sets it apart.

In the mid-1980s, by becoming part of the Euricom Group, it acquired a more international dimension and became a supplier to some of the most prestigious players in the agribusiness sector. The production complex carries out wheat milling and is equipped with an effective processing capacity of 150,000 tons/year.

The raw material on arrival is sampled and, after being carefully analyzed by quality control, is unloaded and ensiled in dedicated vertical silos. The milling process follows a series of sequential steps from cleaning to conditioning to product processing. Molini Certosa produces durum wheat semolina and soft wheat flour with a production capacity of about 600 tons of milled wheat/day and a finished product capacity of 2,900 tons. All the plants are characterized by a totally “closed” and fully automated processing cycle, thus avoiding any direct contact between the staff and the processing intermediaries.

The entire production is carefully controlled and tested by the in-house laboratory in order to ensure the highest standards of quality and food safety. The laboratory is, in addition, entrusted with the research and development of new grain blends. The central and strategic role of quality control has enabled Molini Certosa to obtain international certifications such as BRC FOOD, ISCC PLUS, Hallal and Kosher.

Molini Certosa produces more than 20 types of semolina and flour suitable to cover all market needs, and at the customer’s request others are produced with specific characteristics suitable to meet any particular need.

The company operates directly in areas ranging from the mass consumer to the large food industry, from wholesalers to catering companies to individual artisans.

Products are delivered in industrial bulk tanks or in standard bagging cuts. The company is equipped with modern automatic packaging lines and offers its own brand and private label products in 25 kg, 5 kg, 1 kg, 500 gr and 250 gr sizes.

Always, whether it is a large company or an individual baker, Molini Certosa follows step by step the needs of its customers and the market. 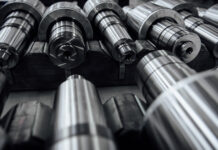 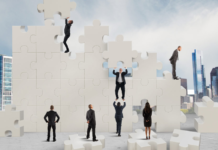 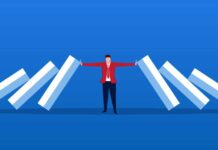